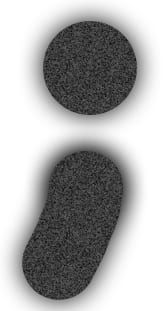 I recently had an assignment where I had to say what type of punctuation I was. I put semicolon because it’s a mix of different punctuation marks and for me is something that I randomly use when nothing else will fit. I have a mixed personality and can be a random person. It can also be a confusing punctuation mark that doesn’t know what it’s used for. If you asked me what my personality was, I’d probably ask you why you asked me, give you a vague answer, and ask you to ask someone I know.

I had a lot of trouble with this assignment because I find it hard to define my own personality without someone else telling me, but I think I got it pretty accurate. If you like, comment on what punctuation you are.

This is my daily habit chart. For my LA class, we have to choose a daily habit to do and mark the days we do it on a chart. I mark mine on a pdf. I’m also writing a story in LA, (I might post some of it later) so I’m making a daily habit of writing of writing in a journal every day. It isn’t my story, it’s just a bunch of random thoughts. I chose it because #1, I want to improve at writing, and #2, we already had to write in a daily journal for LA so I’m not changing anything.

Here is a time-honored knock knock joke just because:

Lettuce in, it’s cold outside!

Another horrible joke, I apologize. 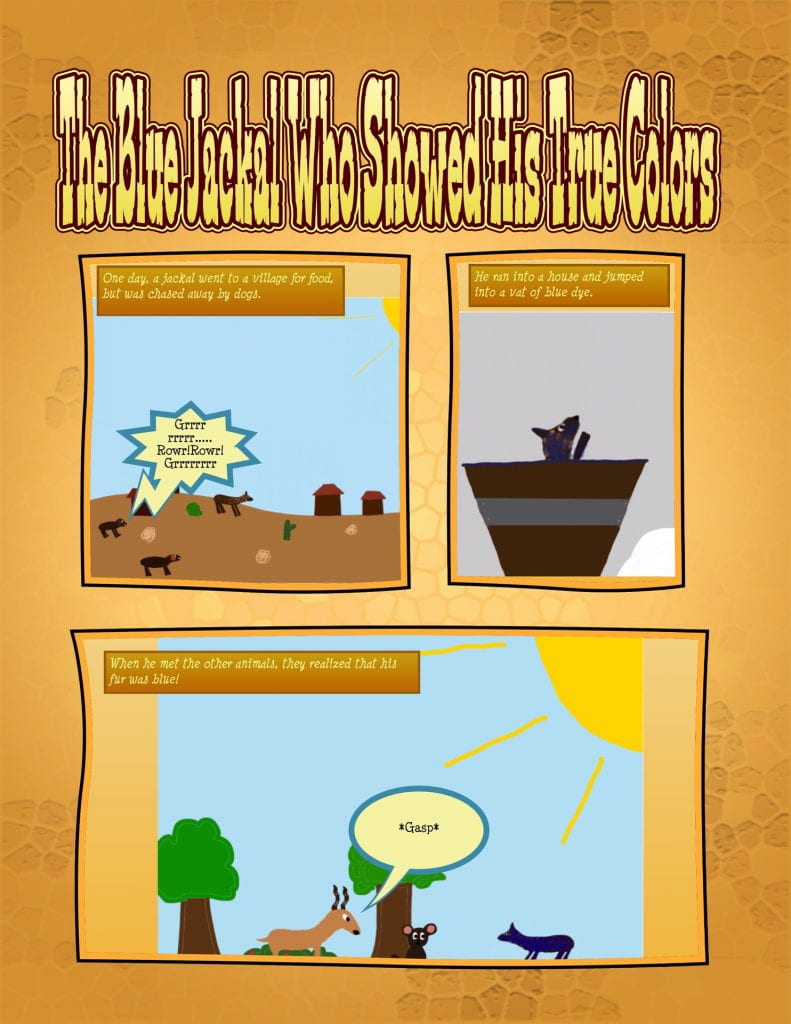 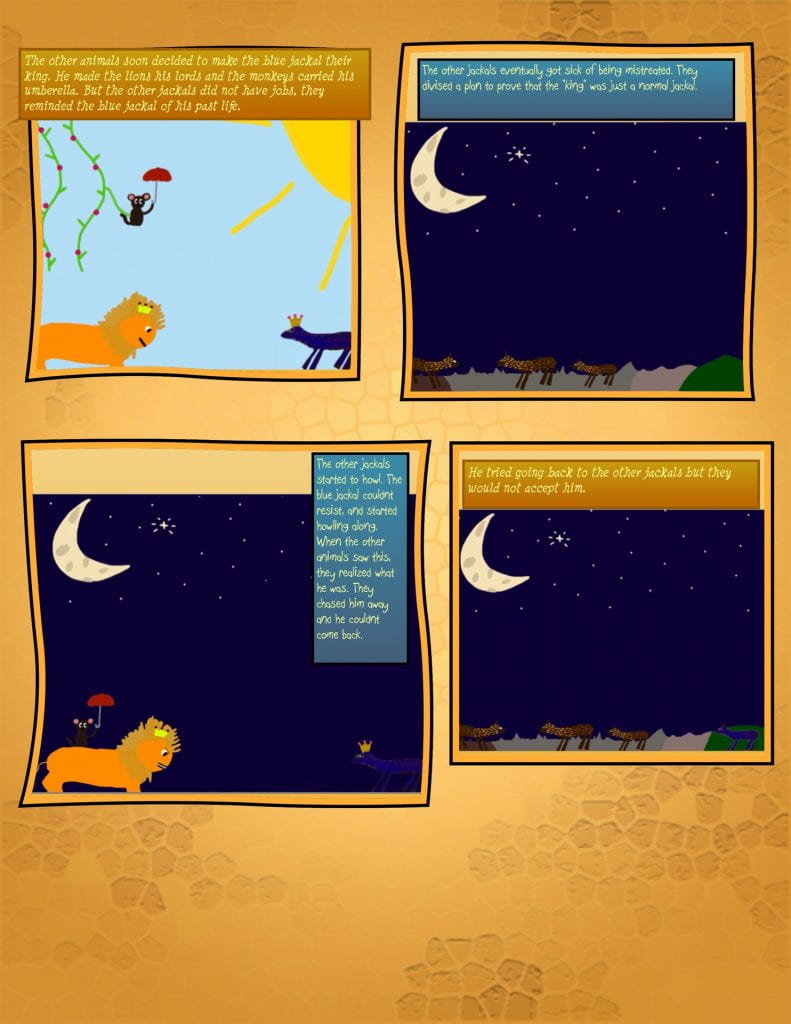 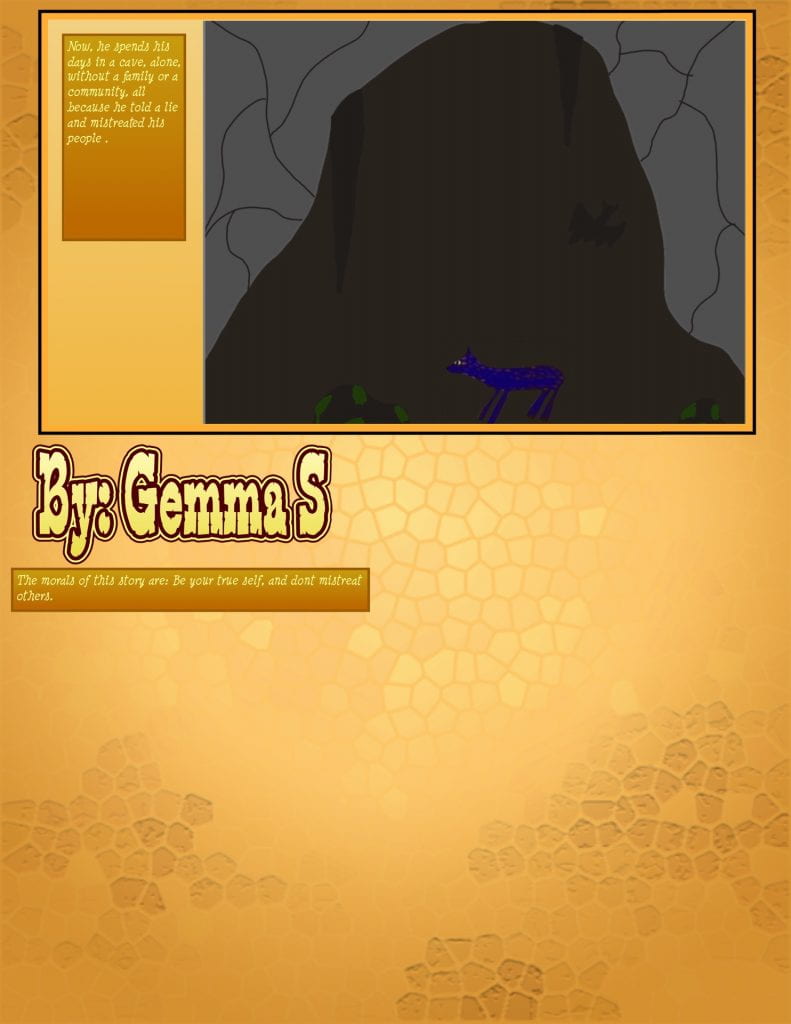 Another school assignment. We had to do a comic based on a wisdom tale and here is mine. I did “The Blue Jackal Who Showed His True Colors” and I chose it because when I opened the book it was the first story I opened to and I read it and it seemed like it would be cool to draw. First, I did the drawings on an app called sketchbook. I only had to draw the jackal once because I made a screenshot of it and added it to each sketch changing minor things.
I used another app called Comic Life to access a comic template and insert my drawings. I added the title and stuff and then saved it to my photos and put it in my post. 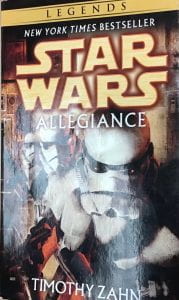 So, I’m doing another book review. About another Star Wars book. It’s called “Allegiance” and it’s by Timothy Zahn (it’s in the photo above but I’m telling you anyway). I decided to take a break from “Les Misérables” because it is so, so, sooooo, long. “Allegiance” has a lot of different character groups and villains, similar to the other book I reviewed, and I think I read them in the wrong order. The story in this one is before the story in the other one. Oops. It gets kind of confusing, but it’s still a good book. 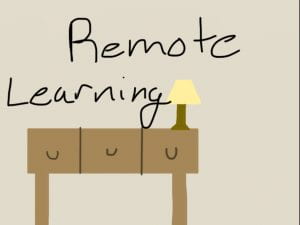 I recently had an all – remote learning week. It was the week after Thanksgiving break. It was so that anyone who had been vacationing had a week before back to school too make sure they didn’t have the virus, I think. But we still had work, and calls for most classes. I would organize my at home days like my school days (A and B period LA, C period history, D period science, E period French, F period science/movement, G period math) I didn’t do the exact times, but I did the subjects in that order. I usually had calls for most of my classes, but sometimes I didn’t and sometimes they were optional.

When I didn’t have calls I would get the independent work done for that class. One of my favorite classes is science, and we had to build a device that would save an egg from a 10 foot drop. Mine was very complex. I wrapped the egg in so much bread it no longer resembled an egg, shoved in a zip-lock with some tissues, and used another plastic bag as a parachute. And it worked! We also made a comic in Language Arts. We had a lot of fun projects that week. It was surprisingly easier to do the work at home because I could work at my own pace and take breaks when I wanted.

One of the definite downsides to the all remote week was that if you had a question for a teacher, you couldn’t just walk up and ask them like at school. Some teachers had optional calls for questions, which was helpful, and you could email a teacher a question. But it was harder than asking in person. Still, that’s the only thing that was really to complicated. I would wake up at around 8:00, set my alarms for the calls I had, and start my work.

Overall, it was a good week. Working at home for me is an easy way to get used to middle school work and honestly this remote learning thing (like I said before) means you can take breaks when you want and work at your own speed.

Some Things I’m Grateful For:
1. My family and friends

I am grateful for more things, but those are the big things. All of these are involved in my everyday life and are things that I am very appreciative of. I am grateful for my family and friends  (yes, this includes my dog) because they are supportive (and other reasons, but I hate getting sappy and this would be an essay instead of a paragraph if I put the other reasons). Books and music are very important in my life mostly because I enjoy them but also because… yeah just for entertainment. School is where I see my friends, also without it I don’t know where exactly I would be. Also, most of the projects we do are really fun. 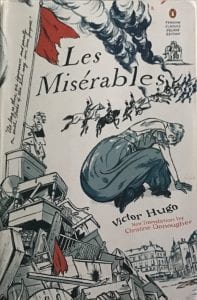 I am currently reading the book “Les Misérables” by Victor Hugo I finished the other book I was reading and decided to try it. I’m not super far into it, but it’s good. I’m not on the part with the main character yet, so right now it’s about a Bishop. It’s set in France, and the man is Bishop of a place called Digne. He is not the main character, but the beginning is mostly about him. I can’t write too much without giving spoilers though. 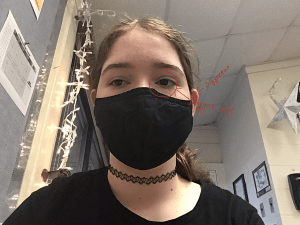 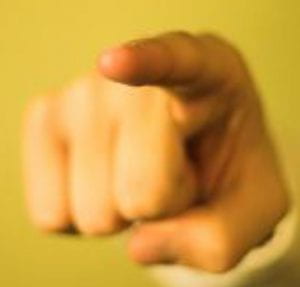 Things that I notice are:

2. Voices. I can tell you’re emotion from your voice. A lot of people can do it though.

3. I can tell if you’re scared, lying, or both. I have almost always been able to do this. It’s another one that’s not that hard once you figure it out. 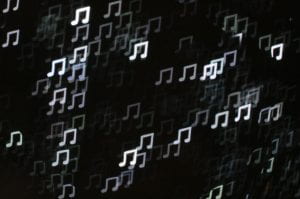 Cheesy pun that I’ve told a bunch of times: What type of sickness do alternative rock artists get? Indi-gestion